Portugal is waiting for the winners from Russia and Kazakhstan!

On 25th of May a legendary Moscow Country Club golf course in Moscow’s suburb became an arena for in a class by itself event. It’s already the second time the National Final of the world’s largest corporate golf tournament called World Corporate Golf Challenge has taken place here. The businessmen-golfers from Russia and Kazakhstan struggled for the opportunity to go to Cascais and represent their country. 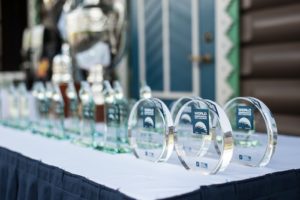 The World Corporate Golf Challenge is the largest and the most popular corporate tournament in the world. During one-day competition golfers had not only proved themselves in a different team formats, but also had become a participants of several tournaments at the same time! The most important among all became, needless to say the National Finals for Russia and Kazakhstan. A main prize – the trip to the World Final in Cascais has been waiting its winning teams. This prize went over the ESI Group company – Frederic DE WECK and Amaury Chaumet, which scored 43 points. The National Final from Kazakhstan has been taken by the Altyn Ai team presented by Gulmira Abdulina and Armen Movsisyan.

The Final of the World Corporate Golf Challenge is traditionally held in the best golf resorts worldwide. The trip for the winning teams is fully covered by organizers. The official media-partners of the World Final are the Time and Fortune magazines as well as Golfing World TV.

Like it was last year, as a part of World Corporate Golf Challenge National Final the 2nd Corporate Cup in Russia took its place, in which the chief executives and top-managers of the largest Russian companies taken part. The FINSTAR team become the best among other Russian teams. The team scored 52 points and was represented by Konstantin Kozhevnikov and Felix Zamudio.

The third tournament that took place on 25th of May became the 2nd Corporate Cup Russia-Kazakhstan. The competition event was counted by the results of 3 best teams from Russia and 3 duets from Kazakhstan. Like in previous year the Russian team has become a holder of a challenge cup as well as different gifts from sponsors.

Guests and sponsors representatives had no time to be bored too because of the professional golf clinic that had been organized by Global Mobile Academy professionals – Sebastian Ruiz Chaves and Anton Samsonov.

The opportunity to enjoy the perfect play and the magnificent views of the golf course, to exult with the winners and to sympathize to the gambled away teams was not only for those who were present on 25th of May in Moscow Country Club, but also for the numerous TV viewers. The pieces about the National Final for Russia & Kazakhstan has been widely broadcasted through the MATCH TV and Golfwing World TV. 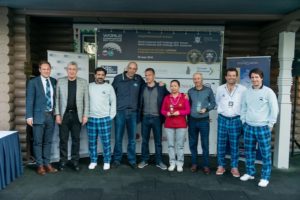