The World Corporate Golf Challenge is a story of golf, competition, networking and media 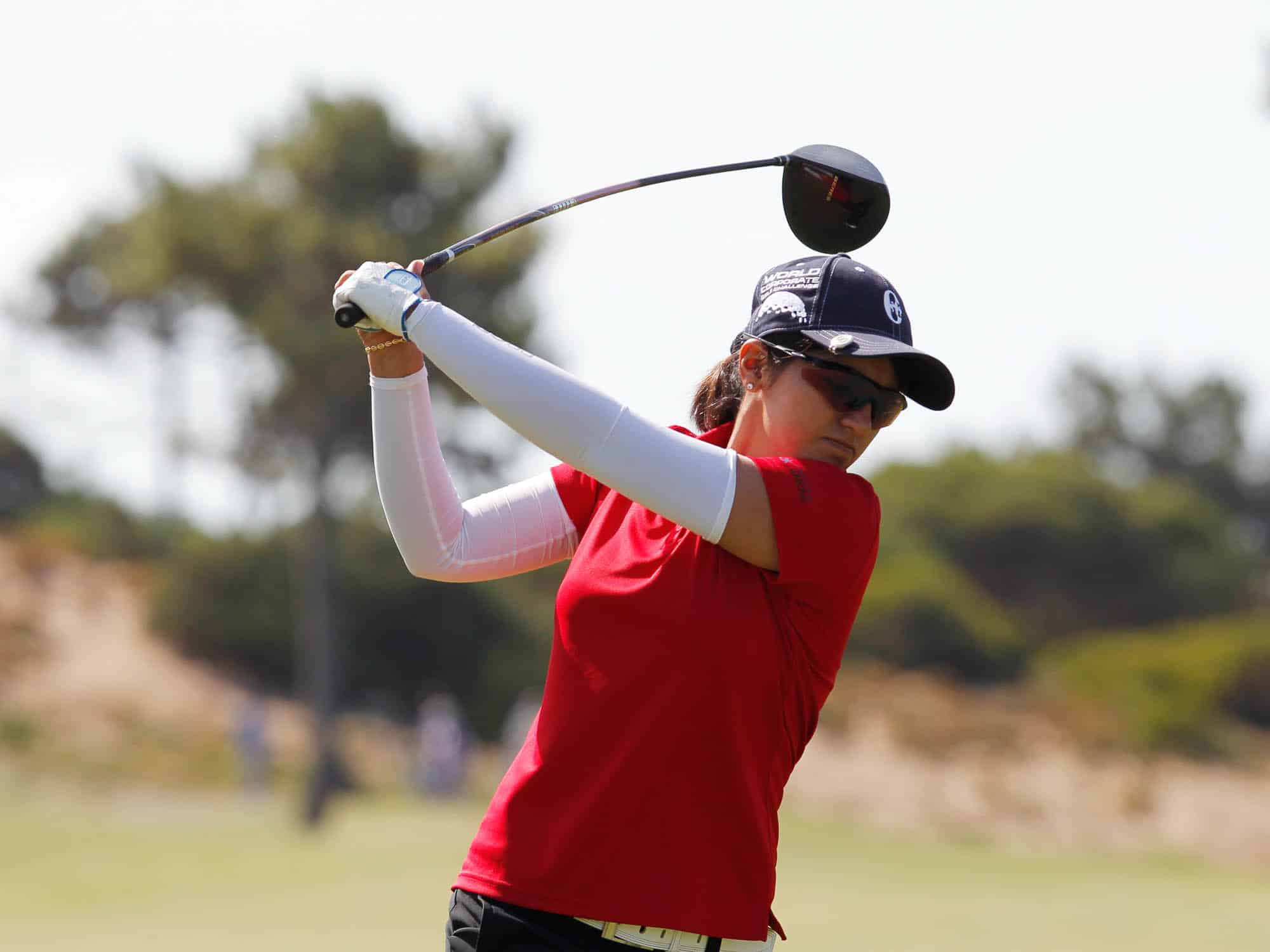 Golf has always been a great leveller, not only in terms of its handicapping system but also in the way that it enables people from different cultures and social classes around the world to communicate through their passion for the game and compete in an open and fair environment. The WCGC launched in 1997, is an event that exemplifies this universal language of golf.

The World Corporate Golf Challenge (WCGC), spawned from the UK’s The Times Corporate Golf Challenge. This was a simple yet highly successful concept established four years earlier when the founder, John Mitchell, recognised that golf and business combined exceptionally well and that corporates at every level were holding golf days to entertain their top clients.

Mitchell tapped into this market when launching The Times event and quickly expanded the concept overseas (on a license basis), forming WCGC and holding an annual world final involving the national winners of each licensed country. By linking the event with quality media, both print and broadcast, the profile of the national events (and WCGC) grew, and in doing so generated commercial and sponsorship value in those territories. In the early days, the UK event was based on teams of four players, male or female, qualifying for regional finals to ultimately win an all-expenses-paid overseas trip to contest their national final. 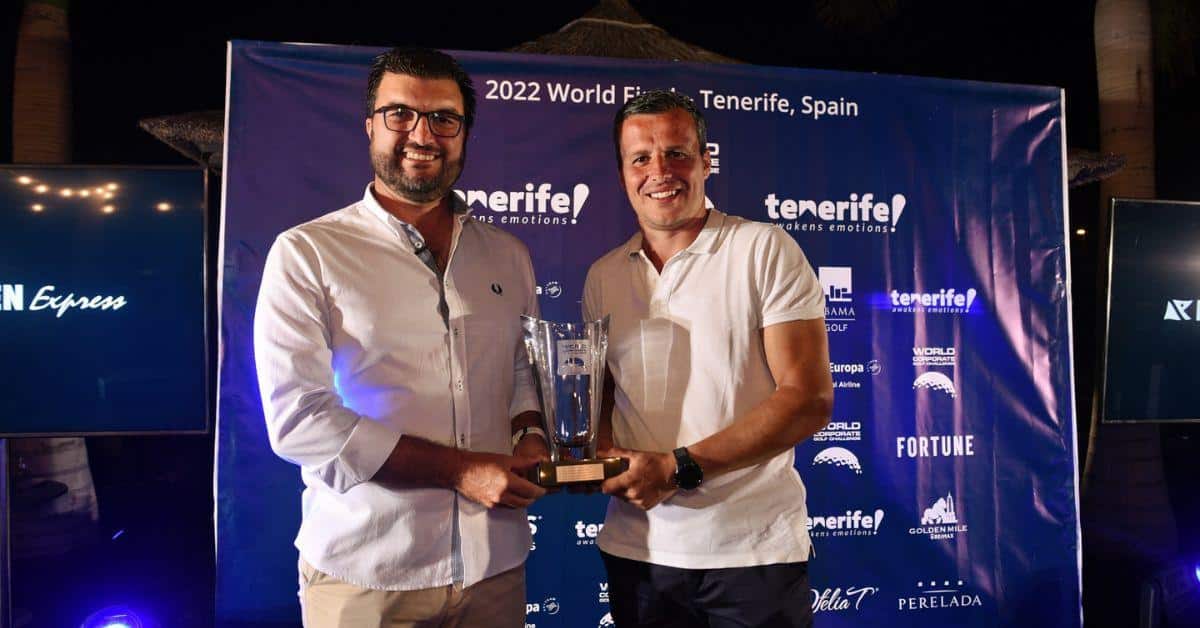 In 2007, José Guerra bought the event and moved the company to Spain, developing it significantly, particularly with strong media and marketing support from TIME and Fortune magazines, plus television partner Golfing World TV.

The method that each licensee employs to arrive at securing their yearly national winners to compete against other nations in the annual WCGC final is largely left to them. What has not been compromised is the very high standards that were originally set and the determination remains that each country team has to qualify for the WCGC Final on merit.

Back in 1997, just a dozen countries attended the first World Corporate Golf Challenge final held at La Manga Club in Spain. Two decades on, this unique tournament has grown considerably and is now licensed in 30+ countries across five continents around the globe, and the World Final has since taken place in Jamaica, Mauritius, South Africa, Scotland, Spain, and Portugal among many others. 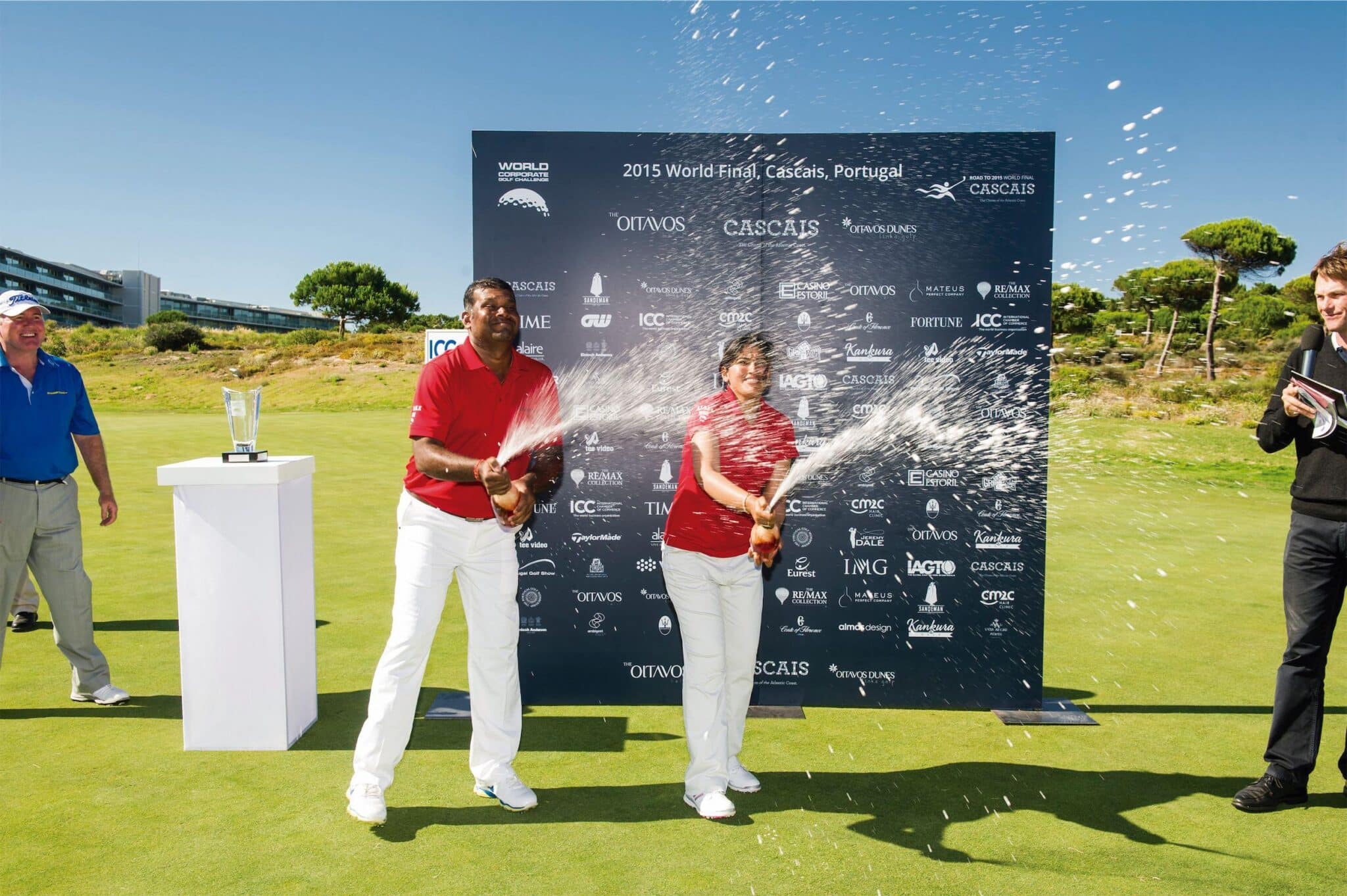 The most influential of these changes was the reduction of the number of players in a team from four to two, as this has enabled the event to expand its boundaries into more countries. This revised format still protects the camaraderie of team play that was a key value in its conception, but from a commercial perspective, the event can now accommodate more teams and also allows global growth.

John Brough, a former World finalist encapsulates the true spirit of the event and how it adds value and prestige to a journey that begins with a company golf day and leads to representing your country in a World Final:

“When we heard that we would be going on to represent England in the world event, it quite naturally gave us an even bigger boost than winning our national final. The biggest thrill to come out of it is that we are going to be representing our country. As club golfers, we would never have the chance to do that.” 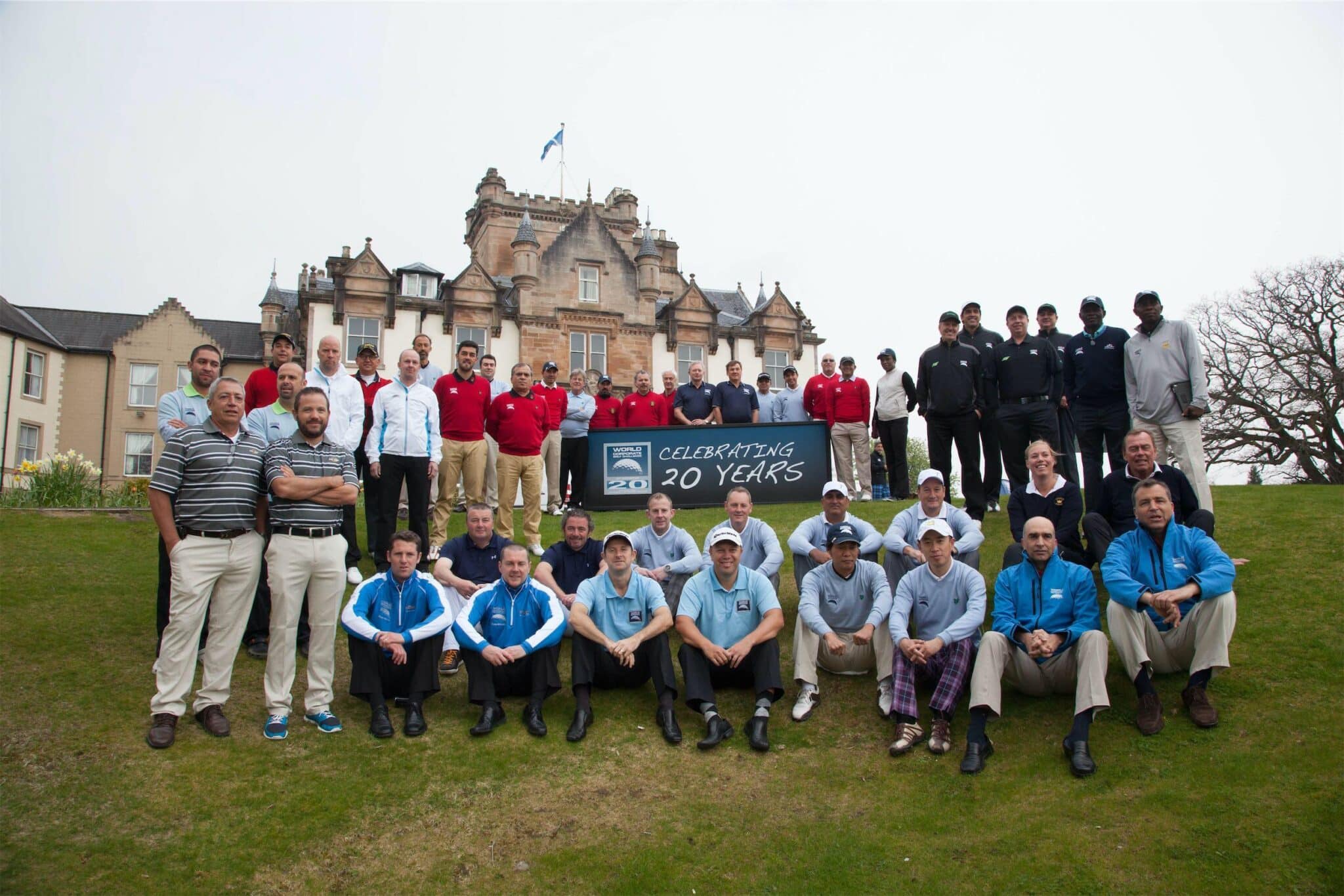 WCGC understand that there is nothing more powerful than word of mouth marketing, and for that reason has appointed a handful of global ambassadors including professional golfers Tony Jacklin, Manuel Pinero, golf instructor and Sky Sports pundit Simon Holmes, trick shot king Jeremy Dale or Ronan Rafferty, among others. Throughout the history of this event the world has witnessed several changes, in particular on the global financial front, yet all in all, corporate golf has survived against such downturns and continues to thrive and grow. Personalities, such as the football player Luis Figo, have attended the World Finals.

Tony Jacklin CBE, the WCGC global ambassador 2011- 2015 said: “I was delighted to be involved with the World Corporate Golf Challenge as the global ambassador. It’s a great event for businesses to entertain customers and network with decision- makers across a variety of industry sectors both domestically and globally. The event has a great heritage and I was excited about my role in helping to raise the profile of the event and to expanding the tournament into new territories around the world.” 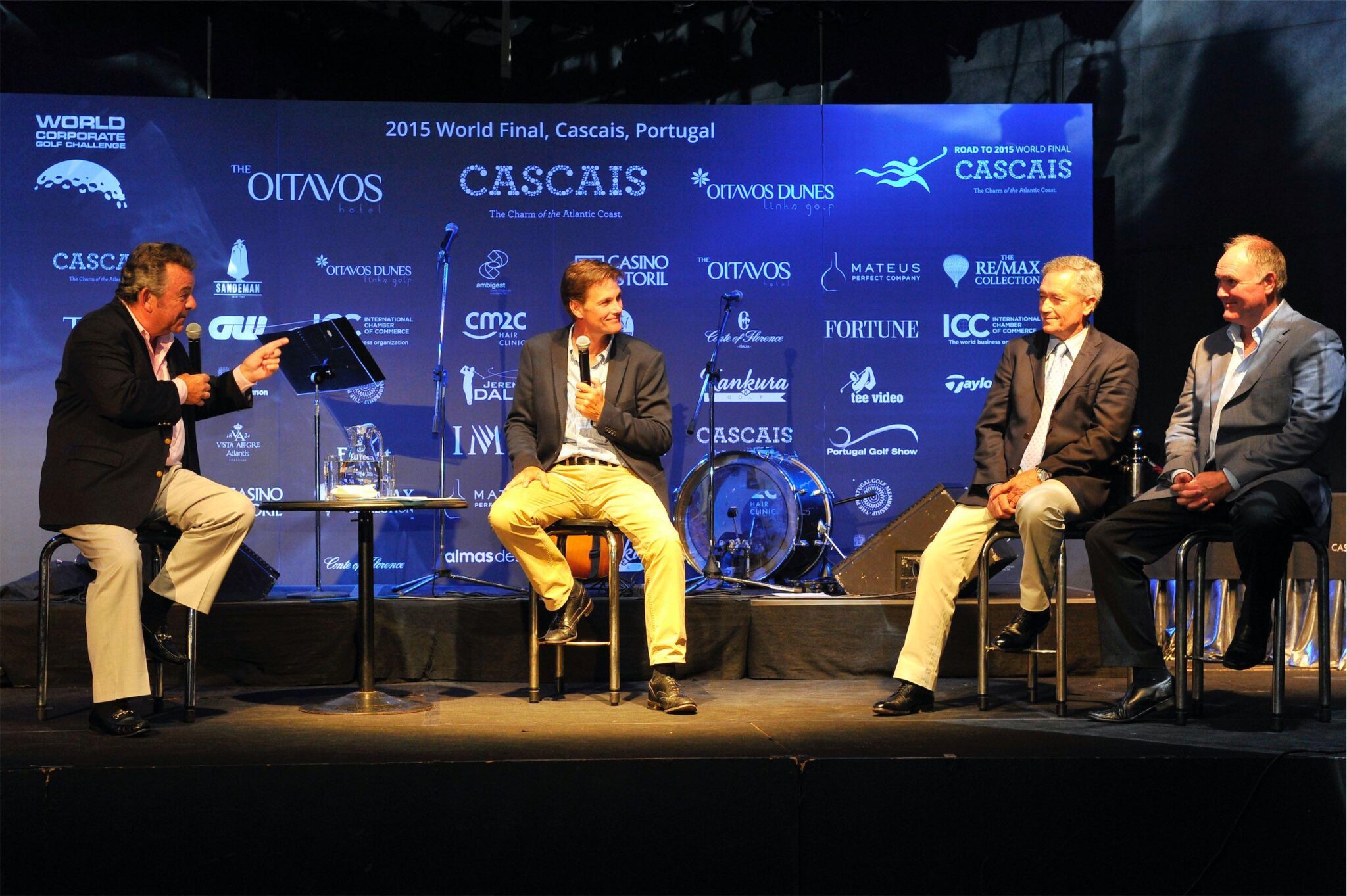 LOOKING AHEAD TO THE FUTURE

Whilst the effect was felt in boardrooms and on golf courses around the globe, perhaps the most encouraging sign is that WCGC is now engaging with a whole new audience in countries where the sport had previously been treated with suspicion or indifference. The tournament today is greatly enhanced by many emerging countries, and that, when all is said and done, can only be a good thing for the game of golf. This is a testimony to WCGC and the remodelled format as the event has not only survived during tough times, but it has expanded as well.
Another key area in which WCGC excels is their understanding and use of new media, which has, without doubt, helped to grow the event and enhance its reputation. The value of having the ability to film and broadcast the World Final to an audience in over 60 countries and using the latest platforms and applications, really does justify the meaning as a ‘World Final’ tag.

Clearly, the original concept of combining golf and media in a competitive international environment is a winning formula and appeals to sponsors that view the business executive profile and associated media on a global basis as an extremely cost-effective, attractive and great value involvement.

In a troubled world, one thing always shines through and that is the value of sport bringing everyone together. WCGC can be very proud of its achievements, as there is more to play for than just trophies with pushing back the boundaries of international understanding at the top of the list. Here’s to the next 30 years! 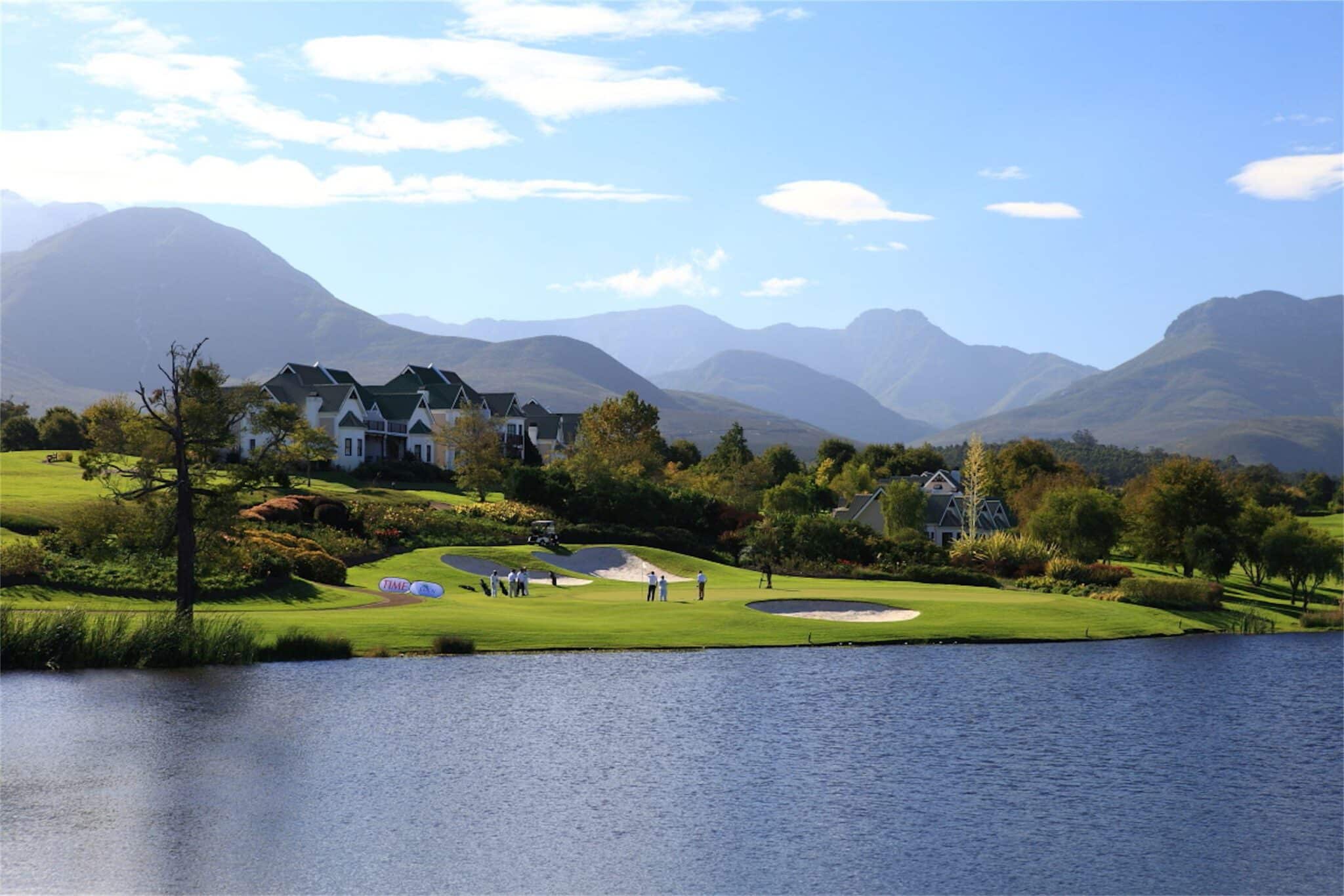